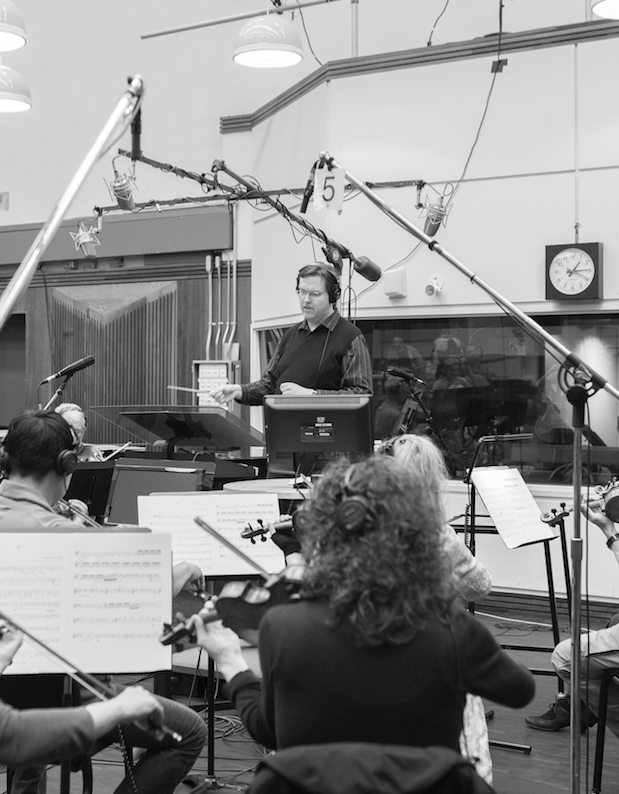 With his music being heard in over 160 countries, award-winning composer Christopher Tyler Nickel has composed a wide range of bold and dramatic music for film, television, the concert hall and theatre. A graduate of the University of British Columbia School of Music with a degree in composition, upon graduation Christopher continued his studies in both New York and Los Angeles.

In the world of film and television music, Christopher has composed music for hundreds of hours of film and television productions for clients that include the Discovery Channel, Corus, SyFy, Hallmark, Alliance Atlantis Television, YTV, Lifetime, the National Film Board of Canada, National Geographic, Teletoon, Cinetel, HGTV, Telefilm Canada, W-Network, Animal Planet, TLC, and the History Channel. His scores include all the original music for the hit global docu-reality phenomenon Highway thru Hell (currently in its eleventh season and seen in over 140 countries) which at the time of its premiere was the highest rated show in Discovery’s history. Other series scores include The Nature of Things: Dinosaur Cold Case for the CBC, the critically acclaimed Airshow for Discovery, Game of Homes for W Network, all seven seasons of the top-rated Heavy Rescue 401, Mud Mountain Haulers, Confessions: Animal Hoarding, Untold Stories of the ER, Wild Bear Rescue for Animal Planet, and High Arctic Haulers for CBC. He has also composed the themes for Save My Reno and Worst to First.

Dramatic scores include Transparency starring Lou Diamond Phillips and Estella Warren, The Christmas Consultant with David Hasselhoff and Caroline Rhea, All of my Heart starring Lacey Chabert and Ed Asner,

Love in Paradise and Welcome Home both starring Luke Perry, Moonlight in Vermont, Journey Back to Christmas starring Candice Cameron Bure and Tom Skerritt, My Christmas Dream starring Danica McKellar, Way of the Wicked with Christian Slater, and Highway to Heaven starring Grammy-winning artist Jill Scott, amongst many other titles.

Christopher’s music has been described as “Epic without being at all overdone… with thrilling orchestral textures… Riveting” ★★★★ (BBC Music magazine), “… full of life: imagination, invention, variation … this is composition at its best – arresting and masterful.” (The Whole Note), “The music is tightly woven and hangs together sturdily. There is no dwindling of vitality across these 53 minutes.” (MusicWeb International), “… substantial, often engaging…” (Gramophone Magazine), “…intensely focused….” (Classical Candor), and “the athleticism of both Nickel’s music and the performers is exhilarating … The orchestral writing is strikingly beautiful” (MusicWeb International).

The author of numerous concert works, Christopher’s music has been performed by orchestras and chamber ensembles in Canada, the United States, and Europe. Recently, internationally renowned cello virtuoso Inbal Segev commissioned the work Fractures of Solitude for her 20 for 2020 album. Notable performances include two world premieres by the Atlanta Symphony Orchestra, Fanfare for Freedom performed by the Northeastern Pennsylvania Philharmonic for an audience of forty-thousand, and the Vancouver Symphony Orchestra’s performance or the aforementioned work for an audience of nine-thousand. Other works include a concerto for piccolo written for Sarah Jackson (principal piccolo of the Los Angeles Philharmonic); Tranquility for solo English horn and orchestra premiered by the Vancouver Symphony’s Beth Orson; and in 2015 the premiere of his Oboe Concerto written for Roger Cole, principal oboe of the Vancouver Symphony. Other major works include a Requiem; his expansive single-movement Symphony No.2, and a seven-hour oratorio setting of the Gospel According to Mark. His theatre works include a musical based on Jules Verne’s 20,000 Leagues Under the Sea, ballet music for CatchingART Contemporary Ballet, as well as composing music for celebrated director Christopher Gaze and the Bard on the Beach Shakespeare Festival in Vancouver.

His critically acclaimed recordings include the album Concertos for Oboe (Avie Records) with the Seattle Symphony’s principal oboist Mary Lynch and the National Symphony’s Harrison Linsey as soloists. The Centrediscs release of Music for Woodwind Choirs, and his Symphony No.2 also from Avie Records which has garnered glowing reviews from leading music publications including BBC Music and Gramophone magazines. Christopher’s music is published by C.F. Peters, Robert Wendel Music, C. Alan Publications, and the Canadian Music Centre.

Christopher has produced two albums of his own: Horizons recorded with the City of Prague Philharmonic Orchestra and Chorus, and Rain, which features soprano Catherine Redding, English horn soloist Beth Orson, as well as large orchestra and choir. Christopher also produced Catherine Redding’s debut album Lullaby, and provided arrangements for the premiere concert performed by members of the National Symphony Orchestra of Ireland. He is currently working on a musical based on Jules Verne’s 20,000 Leagues under the Sea.