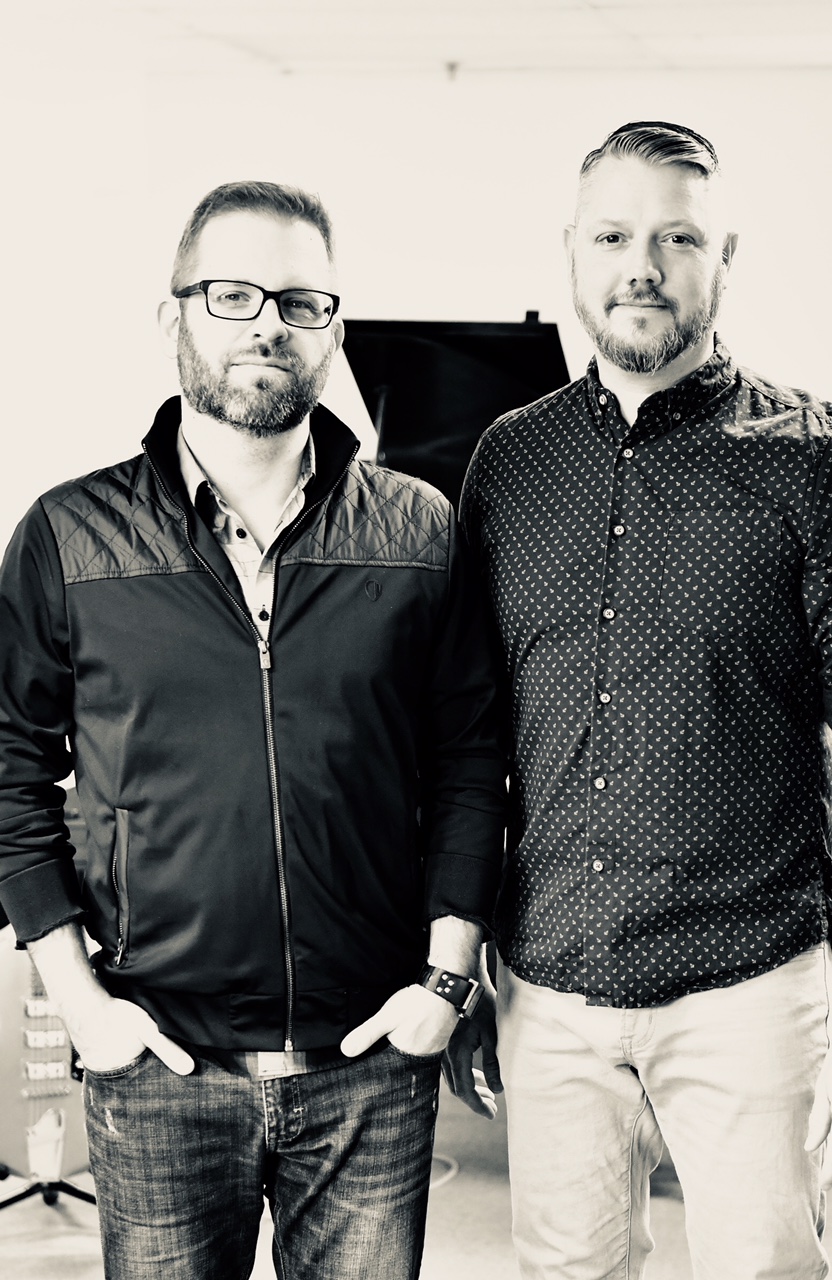 Raised in Terra Cotta, Ontario, Greg Fisher worked in London (U.K.) and Los Angeles before moving back to Toronto and co-founding FISH-FRY MUSIC AND SOUND in 1999. A talented musician and former T.O. nightclub DJ, Greg has composed and produced music for a wide variety of TV shows and commercials. Greg is a member of SOCAN and the Screen Composers Guild of Canada.

As a member of numerous live bands (and a former nightclub DJ) over a 15-year period, Derek Treffry brought a vast performance history to the table (in addition to degrees in economics and law) when he co-founded FISH-FRY MUSIC AND SOUND. He has since composed themes, scores and soundtracks for dozens of TV series and film projects. Derek is a member of SOCAN and a member of the Executive Committee of the Board of Directors for the Screen Composers Guild of Canada.

Over the past two decades FISH-FRY has become a leading name in Canadian television music, having provided scores, themes and other original music for over 30 television series. From unscripted/factual, including “Border Security: Canada’s Front Line/America’s Front Line”, for which they received a 2017 SOCAN Award, “Megaspeed” and “Megaworld” for Discovery; to reality/lifestyle, including multiple series for well-known hosts such as Sarah Richardson and Bryan Baeumler; to kids/youth, including shows for CBC and TVO; FISH-FRY’s diverse work can be seen and heard in countless countries around the world.

Recently, they scored the Discovery special 'Mother Nature is Trying to Kill You'.