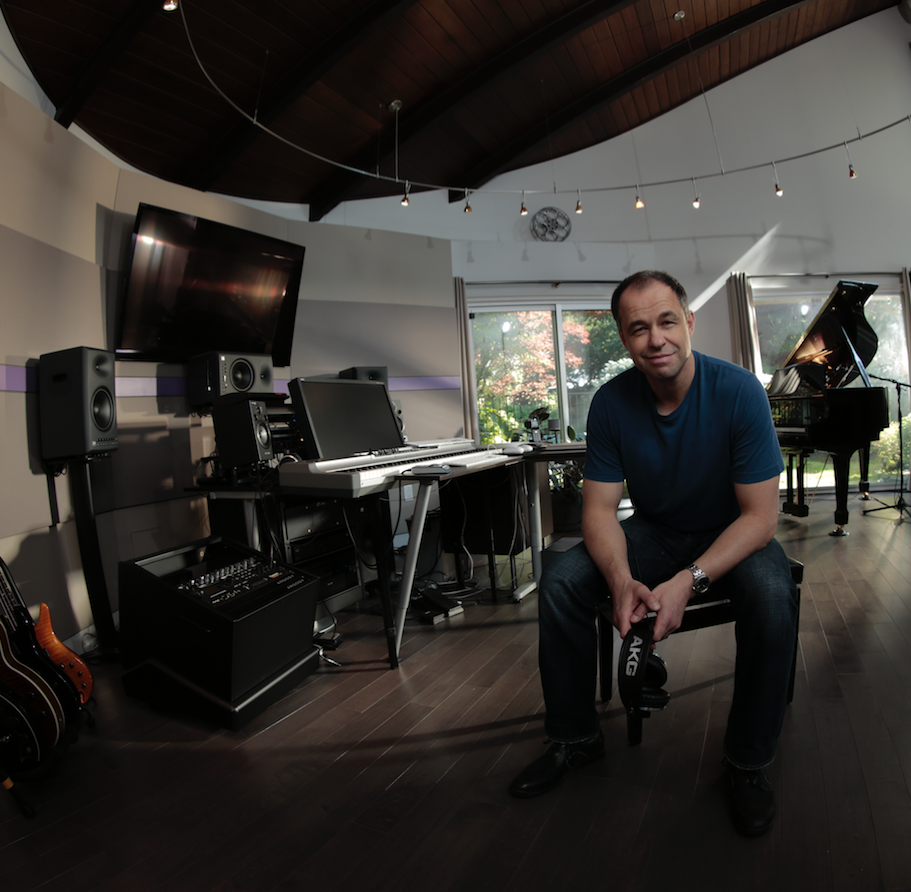 With over 30 films and 280 tv episodes to his name, Gary Koftinoff is well established in both film and television. Well known for his score to the 5-season hit CTV series 'Saving Hope' and Disney/Family Channel's 'Life With Derek', you may have seen Gary's other work on networks or through distributors such as NBC, CBC, CMT, Lifetime, or eOne. He's won one Gemini/Canadian Scree Award and ha been nominated for 5 others,

Gary is as comfortable creating big, live orchestral scores as he is working with new music electronics and everything in between. From his early studies of piano and guitar, Gary advanced his skills under the tutelage of Roman Toi at the Royal Convervatory of Music. Armed also with a Recording Engineer Certificate from the Trebas Institute, Gary provides the complete package of artist and audio professional.

Gary has a long and impressive list of clients in Toronto and now lives in Vancouver, He recently won the prestigious ASCAP and SOCAN awards for his work on 'Saving Hope'. Gary is currently co-scoring the City TV police drama series 'Hudson & Rex', now in its 4th season,